This week in assembly we had a space themed day in honor of the Day of Cosmonauts! We also had some visitors with us and it was really fun to show off for them!

Year 3 started us off with a Russian presentation, led by Ms. Elena. We learned all about the history of the Russian and Soviet space programs and learned about some particularly famous Cosmonauts, like Yuri Gagarin, and Valentina Tereshkova. Year 3 even sang us a little song about it all!

Next came Mr. Dan from Year 3, he was up all by himself because he had a special sort of surprise for us. Year 3 in the International program students had gone all over the school asking their schoolmates where they thought NASA should send their next mission in space. After collecting the data, Mr. Dan said that Year 3 will be recording a message to send to NASA suggesting where Wunderpark thinks they should go next!

Year 2 was up next with a poem in English about the planets and our solar system. It was very nice and we especially liked the planet and space pictures they wore out onto the stage!

After that was Year 1 and their planet riddles! Students from Year 1 were recorded in English talking about planets and we had to guess which planets they were speaking about! It was very fun, and even a little difficult!

Next was Mr. Geoff who came out with Ms. Viktoria as they awarded Students of the Week! There were many students who earned the award this week, but maybe that’s because we only needed 64 dojo points this week to get it! Short weeks are fun like that!

Finally it was time for everybody’s favorite part of assembly, The House Cup! Fourth place this week was Pythagoras with 115 merits. Third place was Archimedes with 120 merits. Second place was Einstein with 144 merits. And for the first time this term Newton won by just one merit! They had 145 merits for the week!

It was another great assembly, and we are already looking forward to next week and all the things we will learn! 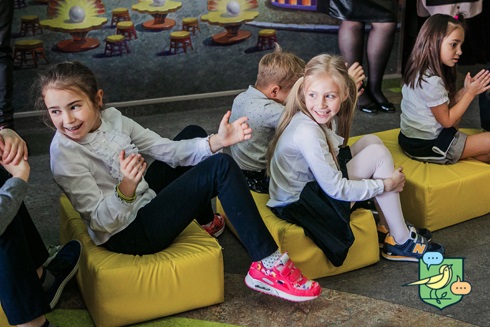 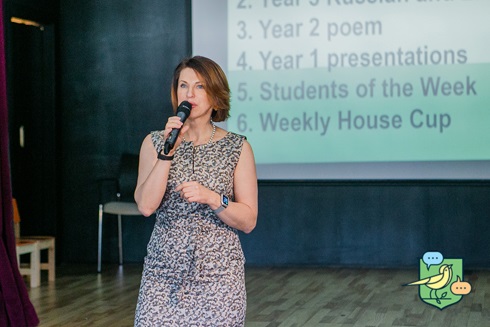 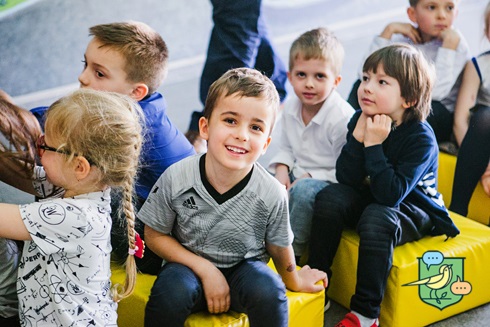 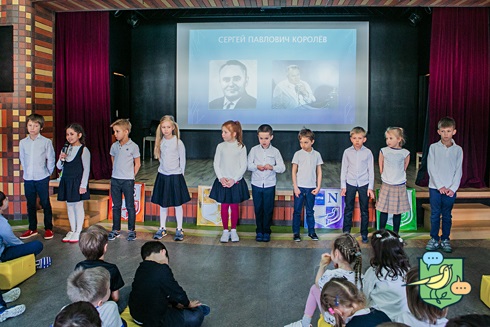 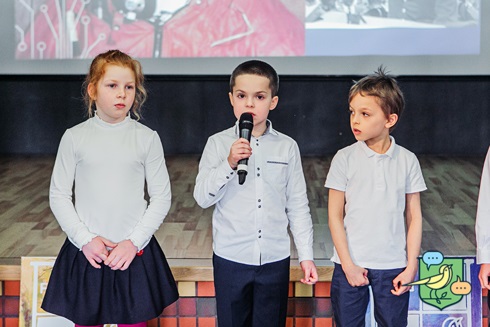 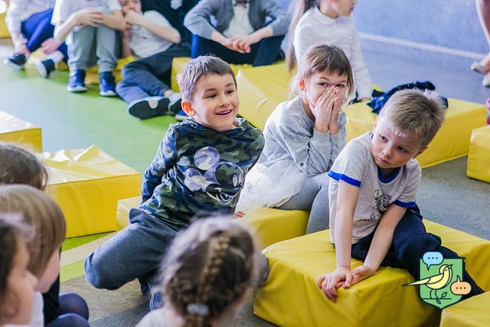 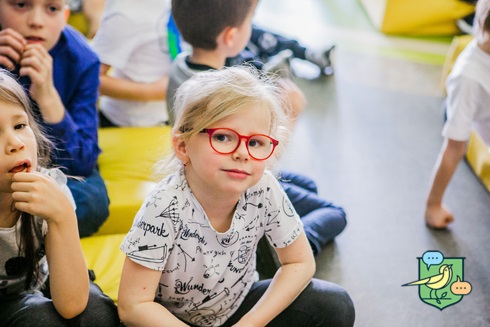 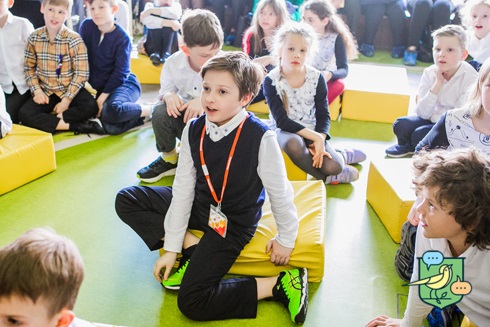 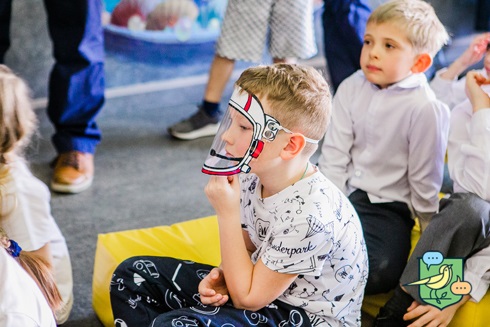 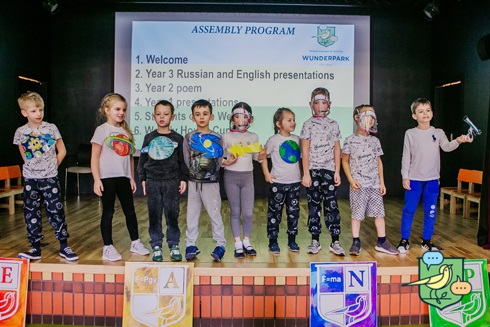 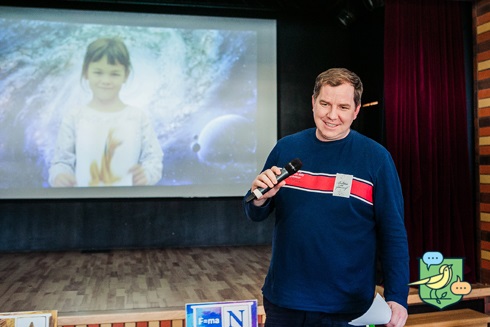 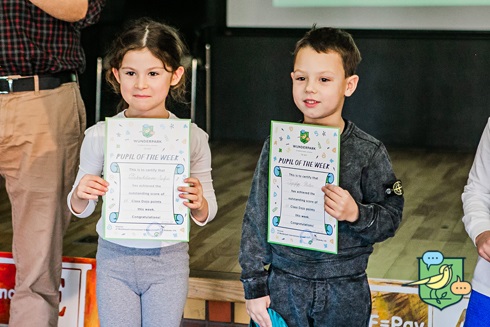 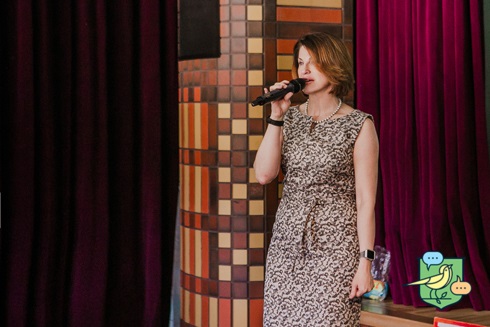 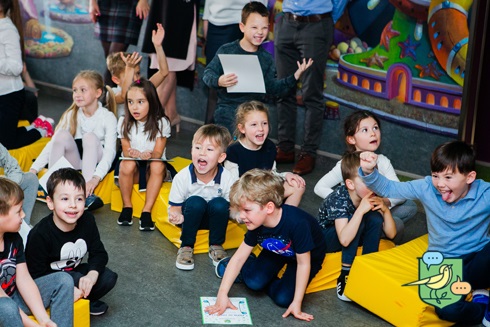 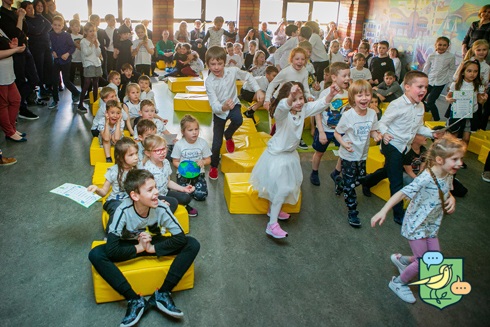 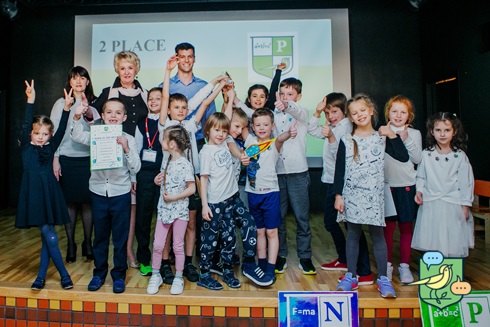