Pupils were honored, they sang and they danced to celebrate the end of the term during this week’s assembly. What a way to end the term.

Two brave girls from Year 3 sang a beautiful New Year’s song to start things off. Year 5 then presented a video of the many Christmas trees they designed and decorated. Year 5 also won this year’s classroom decoration contest. Stupendous work Year 5. Next, Year 1 demonstrated a game that the audience had the opportunity to participate in afterward. Years 4 and 6 then recited poems. All terrific demonstrations of enthusiasm and a growing sense of independence and confidence. Then, Wunderpark’s music teacher sang a New Year’s song and danced with many excited pupils.

Then pupils were awarded for their studious efforts. The biggest earners of Class Dojo points were given certificates, some for having earned over 1000 points for the term! Students of the Week were also honored for having earned over 80 Dojo points. Our English Department awarded students who demonstrated perseverance and remarkable improvement. Our Russian Department then awarded pupils for personal and unique achievements.

Then the time came for the House Cup, a tense and exciting time for everyone. Team Archimedes won! Nice work, Team Archimedes. Then, pupils sat, they chanted and they jumped up and down in anticipation to see which House would win the term. Team Newton won! Excellent work Team Newton.

Happy New Year from everyone here at Wunderpark! 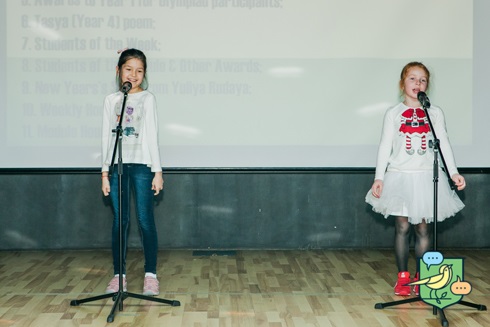 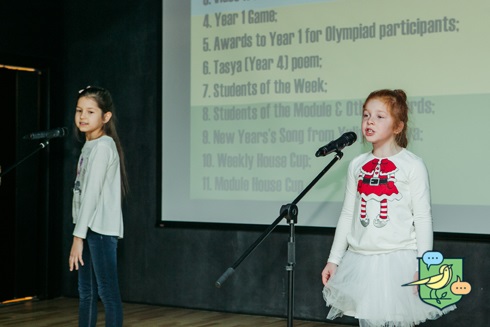 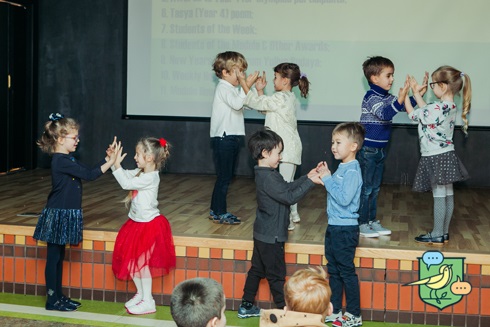 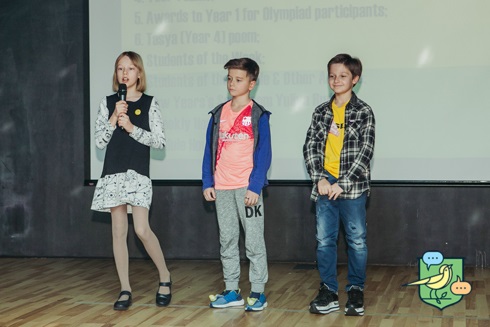 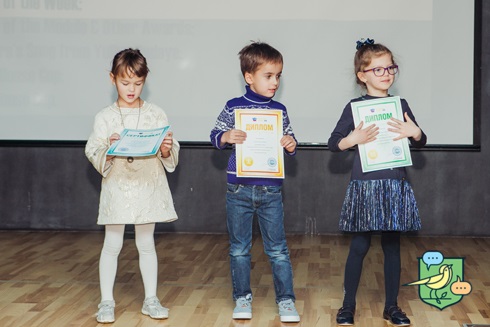 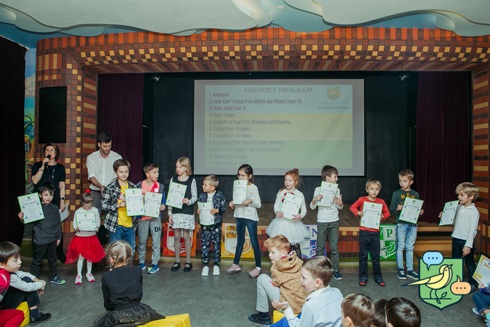 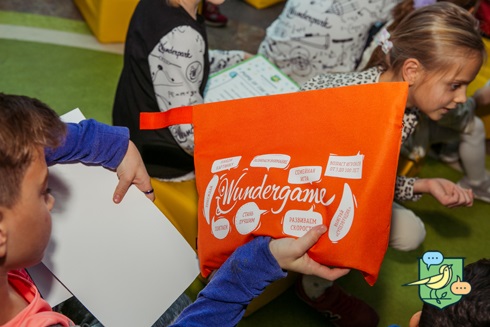 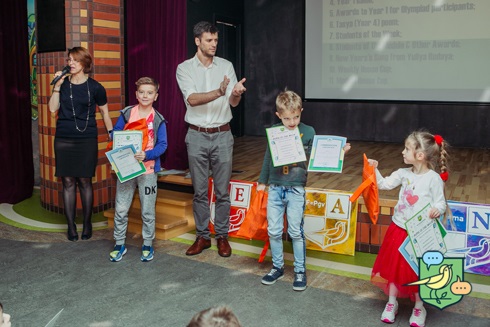 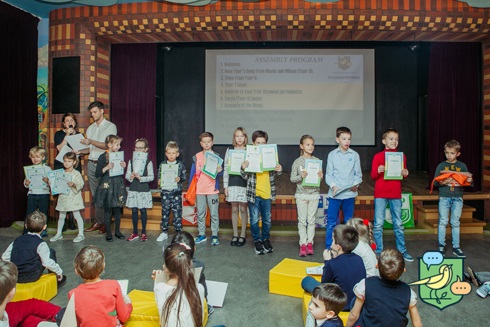 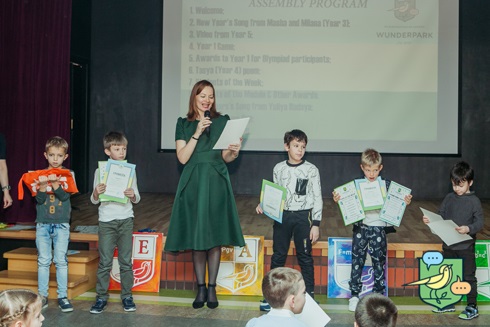 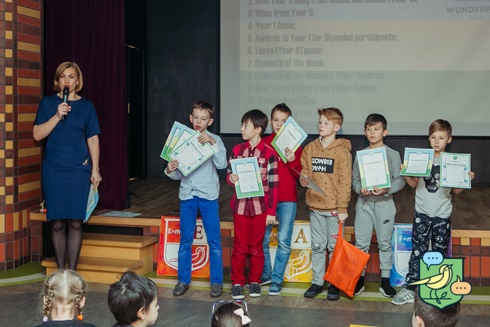 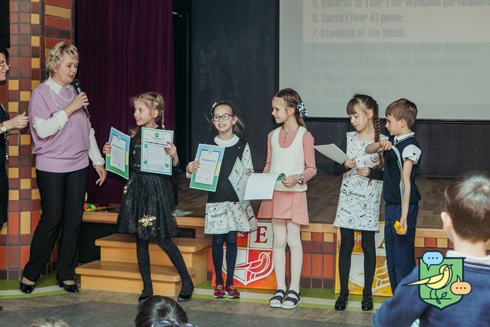 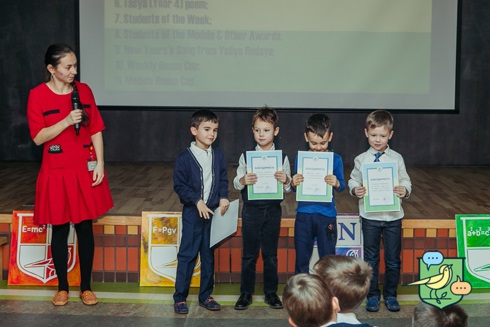 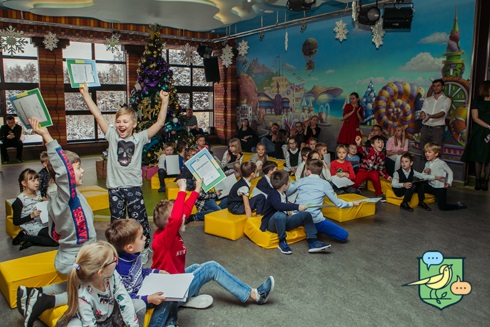 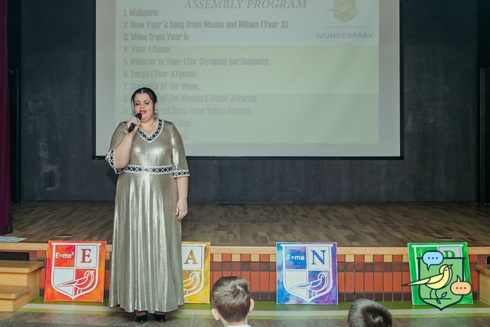 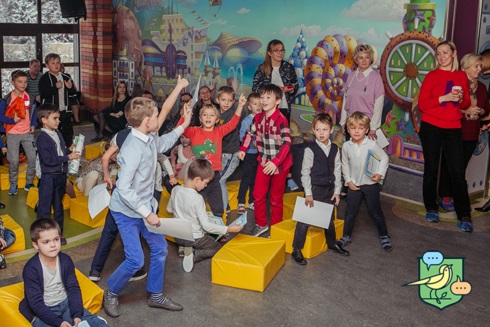 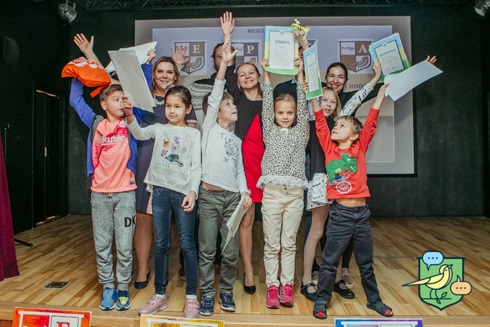 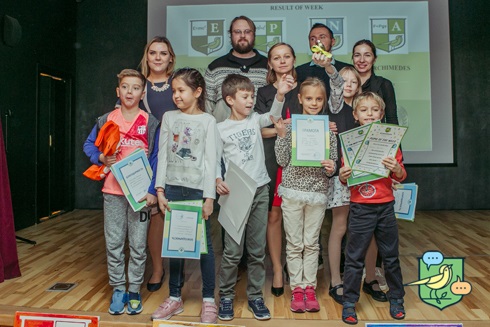 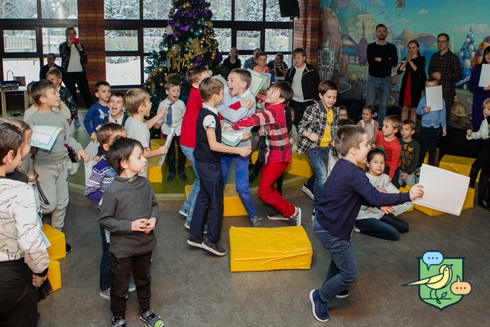 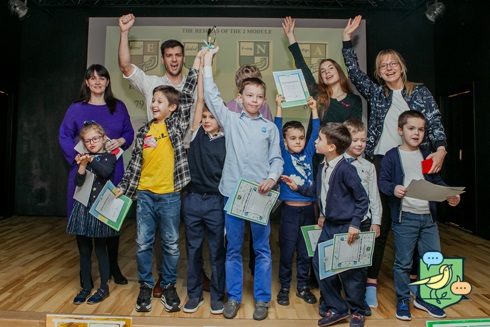